This article was originally published on PRWeek here.

The agency then polled a representative sample of 1,000 adults across the UK and showed them either the original messaging or an altered version and asked how likely they would be to follow the advice. 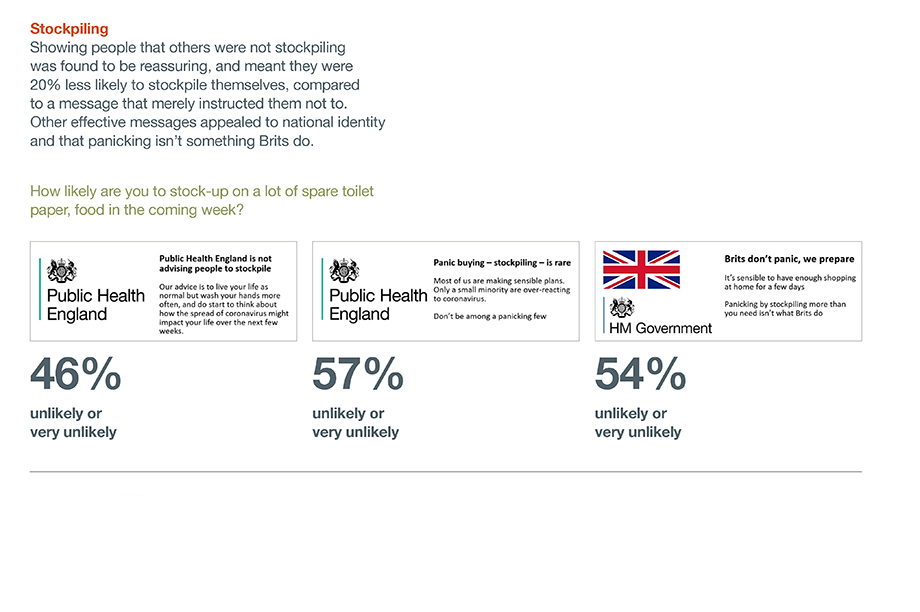 Images of empty supermarket shelves have been circulating on social and traditional media for a fortnight, arguably exacerbating the situation – causing shortages for the public and difficulties filling gaps in supply chains for food and grocery retailers.

H+K’s research showed that, when shown PHE’s messaging advising the public that they did not need to stockpile, 46 per cent of those polled said they were either unlikely or very unlikely to do so.

However, altered messaging with a Government insignia and a British flag stating that “Brits don’t panic, we prepare” and describing stockpiling as not British, scored a higher response, with 54 per cent telling the survey they were either unlikely or very unlikely to do so.

The most successful version of the messaging retained the PHE insignia and changed the wording to “Panic buying – stockpiling – is rare”, adding “don’t be among a panicking few” at the bottom of the message. In response, 57 per cent of those polled said they were either unlikely or very unlikely to do so, an increase of 11 percentage points on the original message. 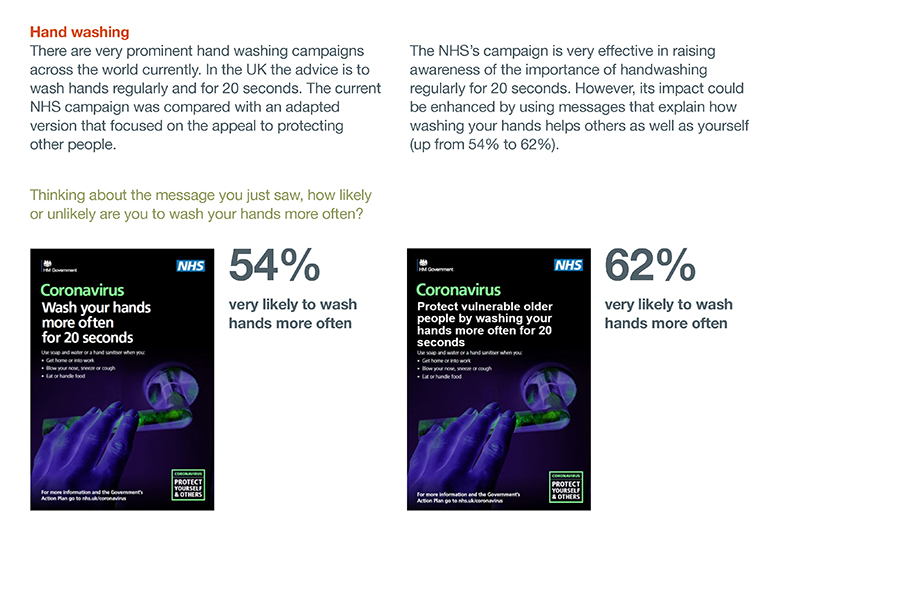 The Government and health professionals have promoted regular handwashing as the most important individual contribution people can make to public health since the coronavirus crisis began.

The survey tested responses to the original Government and NHS-branded posters advising people to wash their hands more often for 20 seconds – 54 per cent of those polled said they were more likely to do so as a result.

But when the messaging was altered to begin “protect vulnerable older people…”, the percentage of people surveyed who said they were more likely to do so rose eight percentage points to 62 per cent.

The government has already advised that people who are showing even mild symptoms of coronavirus should self-isolate and that those over the age of 70 should begin doing so as a matter of course from this weekend.

Testing the original PHE messaging on self-isolation, the survey found that 60 per cent of respondents said they were likely to follow the advice.

However, when the same messaging was prefaced with the words “self-isolation helps protect you and your family from catching coronavirus”, 70 per cent said they would follow the advice. 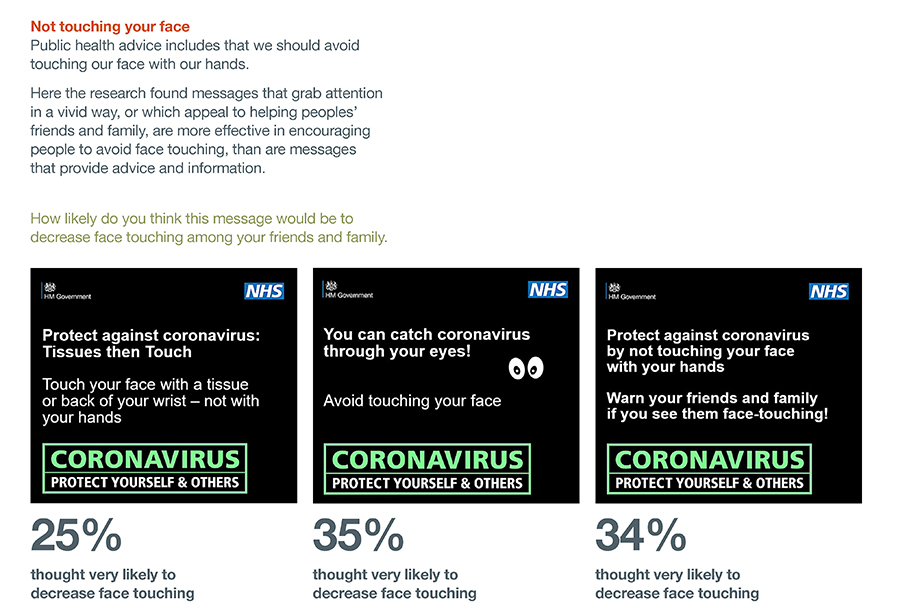 The public is being advised to avoid touching their face as much as possible to help contain the spread of the virus.

Government and NHS-branded messaging was tested in the survey, with a quarter of those polled saying they were very likely to touch their face less often.

But when the messaging was altered to read that people could catch coronavirus through their eyes, along with a cartoon of a pair of eyes, this increased to more than a third of the those polled saying they would follow the advice.

Dan Berry, Head of H+K’s behavioural science unit, said of the results: “The UK public are responding to COVID-19 better than some of the media coverage and social-media conversation would have us believe. When people understand that most people aren’t stockpiling, they won’t either.

He continued: “The public are most likely to follow public health advice when they understand it isn’t just about protecting themselves, but protecting their loved ones and community.

“Words matter; through this crisis we need to communicate with impact, so the public understands and supports actions to slow the spread of the virus. The precise language we use, and who the messages come from, can make a big difference in moving people from awareness to action.”

The H+K Interview: Trevor Fetter on the State of the Healthcare Industry

I think you’re on mute

The H+K Interview: Marvin Singleton and His Former Mentor on Leadership

A Short List for Big Impact (We ❤️ NY)

To consult or not to consult? Canadians say they still want to have their say

“In a crisis, PR is the most critical need”

Mark Cuban + the Pandemic: Rising to the Occasion