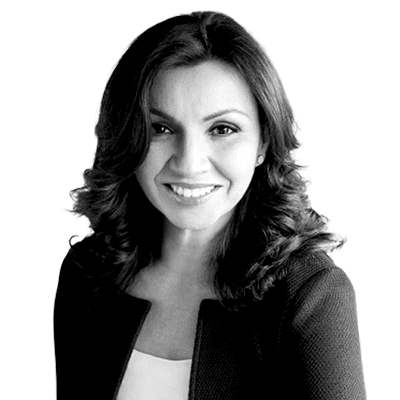 AnnaMaria DeSalva is the global chairman and CEO of Hill+Knowlton Strategies, one of the world’s leading strategic communications firms, with more than 70 offices across nearly 40 markets globally. Since joining in this role in June 2019, AnnaMaria has led a period of rapid development and renewal as Hill+Knowlton approaches its centennial milestone. She is also a member of the Executive Committee of parent company WPP plc, the world’s largest marketing services company.

Prior to her tenure at H+K, AnnaMaria served as Chief Communications Officer of DuPont, and subsequently as a senior advisor to Ed Breen, the CEO of DowDuPont, as he advanced the separation and launch of new independent public companies. During her tenure, AnnaMaria restructured the communications function, establishing new standards and protocols to reduce reputation risk and improve performance, while ensuring the company successfully navigated a series of special situations demanding highly sensitive and effective public strategies, including a proxy battle with an activist shareholder; a CEO transition; and the $130 billion merger of equals with Dow leading to the subsequent break-up and creation of three new industry-leading companies.

Before joining DuPont, AnnaMaria spent five years as a vice president of corporate affairs at Pfizer, where she was hired in 2009 to help integrate the $68 billion acquisition of Wyeth, with a focus on the newly combined innovation engine. She was a key partner to the executive leadership of Pfizer in improving R&D productivity as a member of the R&D leadership team and the Portfolio Strategy and Investment Committee, repositioning the company, building investor confidence, and centering the culture on mission and purpose. When she left Pfizer in 2014, she was the head of the corporate affairs effort spanning communications, policy, and government affairs for the innovative core of the company.

Earlier, she served as the global healthcare practice leader at Hill & Knowlton and GCI Group, both WPP companies, delivering significant revenue growth for each firm. While serving in this role, the Commissioner of the U.S. Food and Drug Administration appointed AnnaMaria as a special advisor to the Agency for risk communication. Previously at Bristol-Myers Squibb, she led international public affairs in oncology, working principally in Europe, and later became director of the Bristol-Myers Squibb Foundation.

AnnaMaria is a member of the board of directors of RXO [NYSE: RXO], a leading technology enabled brokered transportation provider, where she chairs the Nominating, Governance, and Sustainability Committee. She previously served as vice chairman of the board of directors of XPO Logistics [NYSE: XPO], where she completed more than five years of board service on November 1, 2022, when XPO spun out RXO and she joined the inaugural RXO board. In September 2022, she completed seven years of service on the Board of Governors of Argonne National Laboratory of the U.S. Department of Energy.  AnnaMaria is a Trustee of the Committee for Economic Development of the Conference Board, a member of the Partnership for New York City, and The Economic Club of New York.  She also serves on the board of the Raymond A. Mason School of Business at the College of William & Mary, her alma mater.

Gender Parity in a Post-COVID World

Our Time to Act

A Short List for Big Impact (We ❤️ NY)

AnnaMaria DeSalva on Maintaining Your Center